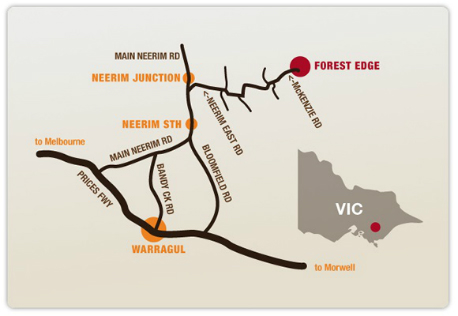 Mike grew up in England. At age 14, he attended a Christian Summer Camp where he became aware that Jesus died for him and asked Him into his life. After several years his faith waned. While studying at University, he had the opportunity to debate faith issues. Researching material, he realized that Jesus really did rise from the dead. Some weeks later he recommitted his life to Christ and has never looked back.

Mike was ordained in 1985, has served in UK and Tanzania where he met and married his wife Jo. They migrated to Australia and have 2 children.  Mike is currently Senior Associate Minister, St Alfred’s, Blackburn.

Emma is from Mirboo North, Victoria. She is the Managing Director of I Love Farms, a family run, mixed farming operation supplying domestic and international vegetable markets. Driven to find solutions to the global challenge of food security, Emma was awarded a Nuffield Farming Scholarship in 2014 which allowed her to undertake research into global export opportunities for Australian primary producers.

Emma is an active advocate for Australian agriculture, holding multiple roles within industry, including the Presidency of the Victorian Farmers Federation Horticulture Group.

In 2010, William was studying Carpentry and had his first opportunity to go overseas. After 9 weeks in Borneo his dream of settling down no longer cut it.

Now, nearly 8 years later, 4 seasons in forestry, off season trips to Indonesia, the Philippines, Papua New Guinea & Iraq later, William has just returned from 2 years with operation Mobilization serving aboard the Logos Hope. The cause for every adventure is a burning love for Jesus & passion to see him Known.

Tony has spent most of his adult life helping those less fortunate. He has spent 18 years in Niger with SAM. Tony is currently with World Vision developing Farmer Managed Natural Regeneration, mostly in Africa. He is married to Liz . They have 4 adult children and worship at St Alfred’s. Blackburn.

For Accommodation and Catering purposes, registration forms MUST be mailed to our Treasurer by June 10 2018